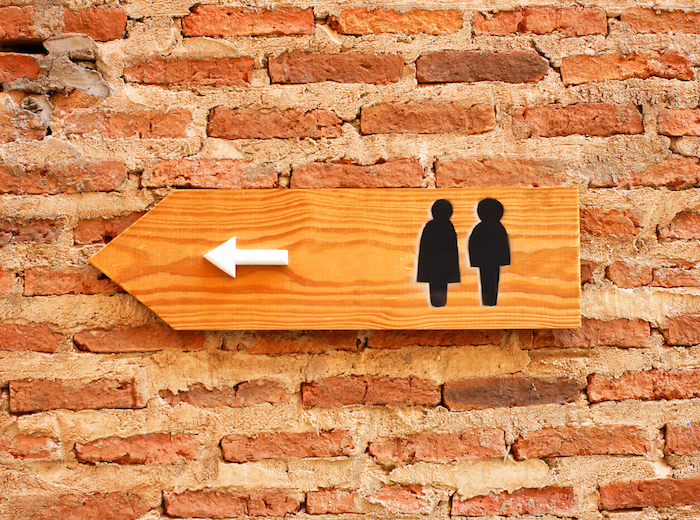 No one could possibly have imagined, a few decades ago, that bathroom battles would be getting so much press coverage in 2016.

Sure, Ally McBeal may have introduced the somewhat scandalous concept of the unisex bathroom in cutting edge companies, but while that was all about being trendy, today’s issues relate to human rights rather than design and trends. Here’s the due diligence info you need on bathroom rules and regulations in the US today.

This is the number one, golden rule when it comes to any personal issue, whether it’s gender identity, race or marital status. You shouldn’t really ask the question at all, but if it does come up for some reason that your candidate is transgender, it cannot have any impact on your decision to hire or otherwise, or to keep an employee on the payroll.

While it’s your responsibility to accommodate your employees’ needs, whatever they may be, when it comes to gender identity, that’s about as involved as you can ever be.

State Does Not Trump Federal

When it comes to bathroom laws, employers in certain states where laws are more conservative may feel that they will use the protections of their state’s laws to develop company policies. Several cases that have gone as high as the United States Court of Appeals have shown the opposite to be true. US Federal law gives individuals the right to use any restroom that fits their gender identity, and state law cannot change that.

Gender Identity Is Not Set in Stone

Many employers fail to realize that gender identity is a fluid concept, with many variations on the scale. How an individual identifies, and how far they choose to take that, is an entirely personal choice.

You Don’t Have to Agree

The US law is very clear when it comes to personal beliefs. While the law respects beliefs, and people’s right to hold them, it also states that personal beliefs cannot result in discrimination. In other words, while some of your employees may not like accommodating transgender people in their bathroom facilities, their beliefs don’t diminish the right to choose a bathroom in accordance with gender identity.

Worth the Time and Effort

The simple fact is, gender identity, like many other human rights issues today, won’t become less of an issue. If anything, it’s likely to come even more under the microscope than it already is in the years to come.

If you are an HR manager, and you’re not already making the necessary changes in your bathroom policies, it’s certainly worth doing the due diligence now to make sure you stay compliant and are able to retain the top talent you need in your business.

Or, just follow the example of Ally McBeal, and create a gorgeous unisex bathroom, where gender and gender identity aren’t an issue for anyone. Sometimes, it’s best to keep it simple.